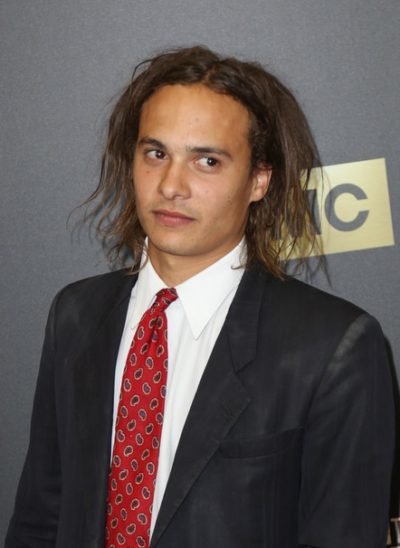 Dillane in 2016, photo by prphotos

Frank Dillane is a British actor. His roles include television’s Fear the Walking Dead and The Essex Serpent and the films Harry Potter and the Half-Blood Prince and In the Heart of the Sea.

He is the son of actors Stephen Dillane and Naomi Wirthner. His father is of English, Irish, Scottish, and remote Manx [Isle of Man], ancestry. Frank’s mother is the daughter of a white father, with German ancestry, and of a black Jamaican mother. His uncle is actor Richard Dillane.

Frank’s paternal grandfather is named John B. Dillane. John was born in Australia, and likely has Irish ancestry.

Frank’s paternal grandmother is Bridget M. Curwen (the daughter of Stanley Patricius Lamplugh Curwen and Lilian Frances Skinner). Bridget was born in Cockermouth, Cumberland, England. She has English ancestry, with some remote Manx [Isle of Man] roots. Stanley was a Protestant minister, and was the son of Alfred Francis Curwen and Beatricia Cervinia Hills. Lilian was the daughter of Charles Lancelot Andrewes/Andrews Skinner and Lady Sara Kathleen Ponsonby.