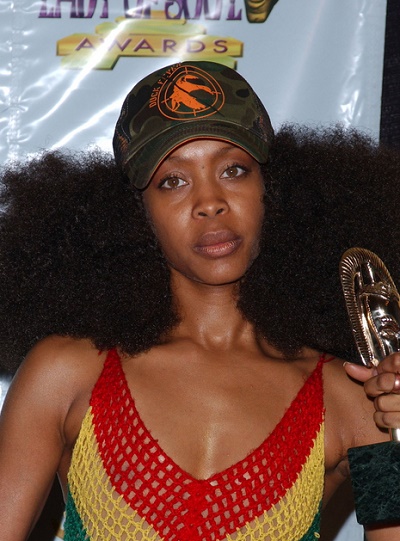 Erykah Badu is an American singer, songwriter, record producer, disc jockey, activist, and actress. She is known for her soulful style of music, often labeled as nu soul or neo soul. She has worked with artists like The Roots, Common, and D’Angelo.

Information about Erykah’s DNA testing can be found here and here. Her genetic ancestry includes roots in the Bamileke people of Cameroon.