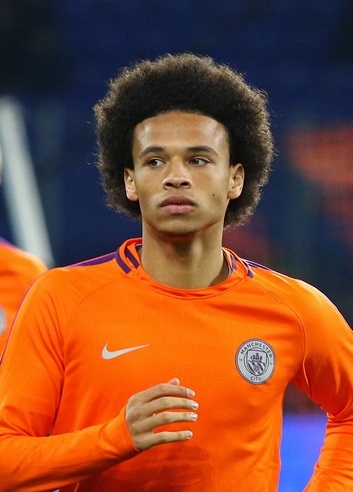 Sané in 2018, photo by katatonia82/Bigstock.com

Leroy Sané is a German professional footballer. He plays as a winger for Bundesliga club Bayern Munich and the German national team.

Leroy is the son of German gymnast Regina Weber and Senegelse-French footballer Souleyman “Samy” Sané. His father was born in Dakar, and moved to France at the age of four; he played as a striker. His mother was born in Winsen an der Luhe, Niedersachsen, and was the 1984 Olympic All-around bronze medalist. He was named after his father’s head coach, Claude Le Roy.

His paternal grandparents were diplomats.

He also has French citizenship.