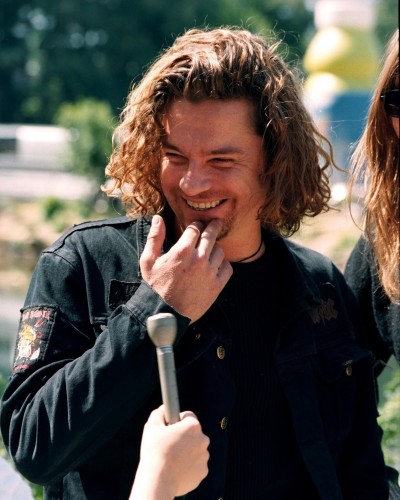 Michael Hutchence was an Australian musician and actor. He was a founding member, lead singer and lyricist of the rock band INXS from 1977 until his death in 1997.

Michael was the son of author Patricia Kennedy and Sydney businessperson Kelland Hutchence. He had a daughter with his partner, television presenter and author Paula Yates.

Michael’s paternal grandfather was Frank Walter Hutchence (the son of Stephen Hutchence and Charlotte Kelland). Frank was born in Madras, British India. Charlotte was born in Tiruchirappalli, India, the daughter of William Kelland and Sarah Middleton.