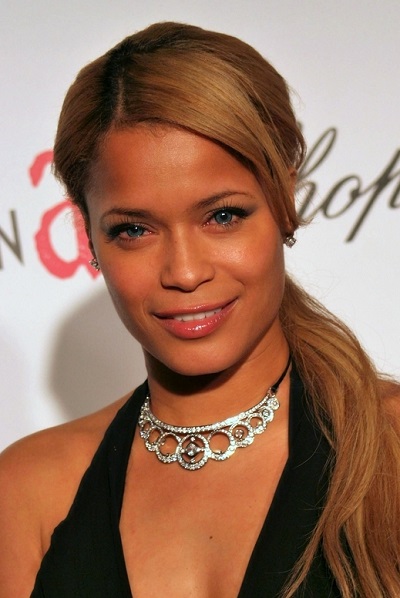 Cantrell in 2005, photo by Prphotos.com

Blu Cantrell is an American R&B and soul singer-songwriter. She rose to fame in 2001, with the release of her debut single, “Hit ‘Em Up Style,” which peaked at number two on the U.S. Billboard Hot 100.

Her father is of Narragansett Native American and Cape Verdean ancestry.

Her mother, Susi Franco, is a former Mrs. Rhode Island, actress, and jazz vocalist, and is white. Blu’s mother is adopted, and is said to be descended from European nobility hundreds of years ago, like many Europeans are. While Blu’s mother is described as being of Italian and German ancestry, that may be a reference to her own adoptive parents’ lineage. Blu’s biological maternal grandmother had German, English, and Irish ancestry.