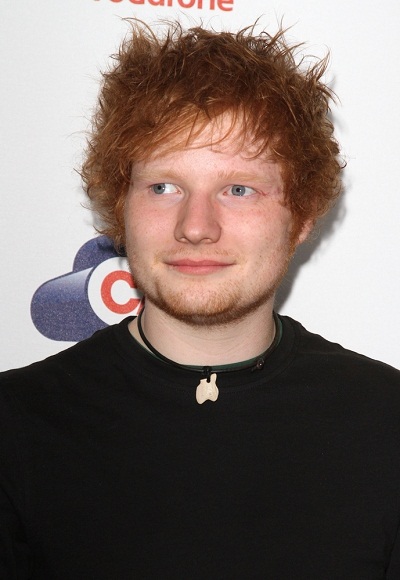 Ed Sheeran is a British singer, songwriter, guitarist, record producer, and actor. He is the son of Imogen Lock, a culture publicist and jewellery designer, and John Sheeran, an art curator and lecturer. His parents ran art consultancy Sheeran Lock. His brother, Matthew Sheeran, is a composer. He was raised partly in Framlingham, Suffolk. Ed is also known as Angelo Mysterioso.

Ed is married to Cherry Seaborn, with whom he has a daughter.

Ed’s paternal grandfather was William Murray “Bill” Sheeran (the son of James Henry Callow Sheeran and Rachael Eveline Murray). William was Irish. James was born on Douglas, Isle of Man, the son of Arthur Edward Sheeran, who was born in Elland, Yorkshire, England, and of Catherine Callow, who was born on Maughold, on the Isle of Man.