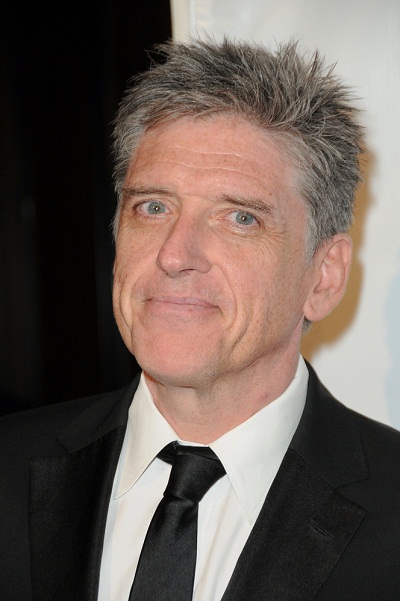 Ferguson in 2011, photo by PrPhotos

Craig Ferguson is a Scottish and American television host, comedian, author, and actor. He was the host of The Late Late Show with Craig Ferguson from 2005 to 2014.

Craig is the son of Janet and Robert Ferguson. Craig is married to art dealer Megan Wallace-Cunningham. His sister is writer, actress, and story coach Lynn Ferguson. He has a son with his former wife Sascha Corwin; and a son with Megan.

Some of his ancestors were Irish immigrants to Scotland.

Crag’s paternal grandfather was Peter Thrift Ferguson (the son of Robert Ferguson and Jessie Thrift). Peter was born in Glasgow.

Crag’s paternal grandmother was Bridget McGuire (the daughter of James McGuire and Annie Fox). Bridget was born in Glasgow, to an Irish father and a Scottish-born mother, who herself may have had Irish ancestry.

Craig’s maternal grandmother was Jeanie McLachlan (the daughter of Adam McLachlan and Elizabeth Devine). Adam was born in Scotland, and was of part Irish descent. Elizabeth was Irish.