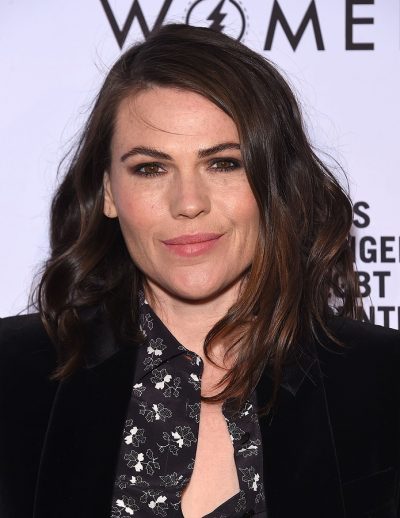 Duvall in 2015, photo by DFree/Bigstock.com

Clea DuVall is an American actress, writer, producer, and director. She is the daughter of Rosemary and actor Steph DuVall.

Clea’s paternal grandmother was Helen Mae Borze (the daughter of Nick Borze/Borzie and Mary V. Siebo/Siebu). Nick and Mary were immigrants from Romania, with Nick being from Bucerdea Vinoasă; they were likely of ethnic Hungarian descent.