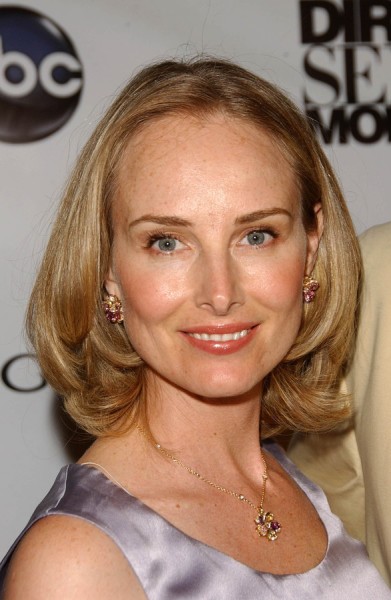 Phillips in 2007, photo by s_bukley/Bigstock.com

Chynna Phillips is an American singer and actress. She is known as a member of the pop music group Wilson Phillips, along with Carnie Wilson and her sister Wendy Wilson. Chynna is the daughter of The Mamas & the Papas band members Michelle Phillips (Gilliam) and John Phillips. She is the half-sister of actress Mackenzie Phillips and actress/model Bijou Phillips. Chynna is married to actor and filmmaker William Baldwin, with whom she has three children.

Chynna’s paternal grandmother was Edna Gertrude Gaines (the daughter of Edmund Franklin Gaines and Zora Gertrude Hardgrave). Edna was born in Mexico, to American parents. Edmund was the son of Charles William Gaines and Martha Isabell Black. Zora was the daughter of Jasper Newton Hardgrave and Winnie Jane Steele.

Chynna’s maternal grandfather is Gardner Burnett Gilliam (the son of Marcus Heath Gilliam and Estelle/Estell Geneva Burnett Hoskinson). Gardner was born in Canada. Marcus was a miner and hotelier, and was the son of Washington Smith Gilliam and Esther Aldrich Taylor. Estelle was born in Washington, in a family in Walla Walla, and was the daughter of Stewart Hoskinson and Nellie Burnett.

The Gilliam family has a namesake place, Gilliam County, Oregon.

Chynna’s maternal grandmother was Joyce Poole (the daughter of Henry Cecil Poole and Alice Mary Salter). Henry was born in Canada, and was the son of Timothy Poole and Frances Ducklow. Alice was the daughter of Ernest Joseph Boid Salter, who was born in England, and of Carrie Angelina Keniston.

Chynna’s father was said to have partial Cherokee Native American ancestry. It is not clear if this ancestry has been verified/documented.