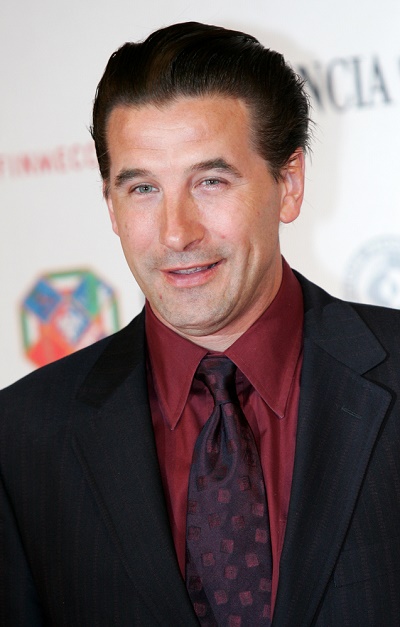 Baldwin in 2008, photo by Prphotos.com

William Baldwin is an American actor, writer, and producer. He is the son of Carol Newcomb (Martineau) and Alexander Rae Baldwin, Jr. Among his siblings are actors Alec Baldwin, Daniel Baldwin, and Stephen Baldwin. His nieces are models/actresses Ireland Baldwin and Hailey Bieber. William is married to singer and actress Chynna Phillips, with whom he has three children. He was raised in the Roman Catholic faith.

William’s paternal grandfather was Alexander Rae Baldwin (the son of Sylvester Davis Baldwin and Helen Irene McNamara). Alexander was born in New York. Sylvester was the son of Roswell B. Baldwin, who was of Colonial American (English) descent, and of Hannah Miles, who was born in England. Helen was also born in England, to Irish parents, James McNamara and Mary O’Connor.

William’s maternal grandfather was Daniel Leroy Martineau (the son of Henry Frazier Martineau and Ada M. Newcomb). Daniel was born in New York. Henry was of approximately half French-Canadian and half English ancestry, and was the son of Joseph Martineau, who was born in Canada, and of Emma Laura Parsons. Ada had English ancestry, and was the daughter of Daniel Webster Newcomb, who was born in New York, and of Emeline Fay Crawford, who was from Brantford, Ontario, Canada.

Genealogy of William Baldwin (focusing on his father’s side) – http://www.wikitree.com

Genealogy of William’s father (focusing on his own father’s side) – http://www.findagrave.com

Genealogy of William Baldwin (focusing on his mother’s side) – http://worldconnect.rootsweb.ancestry.com