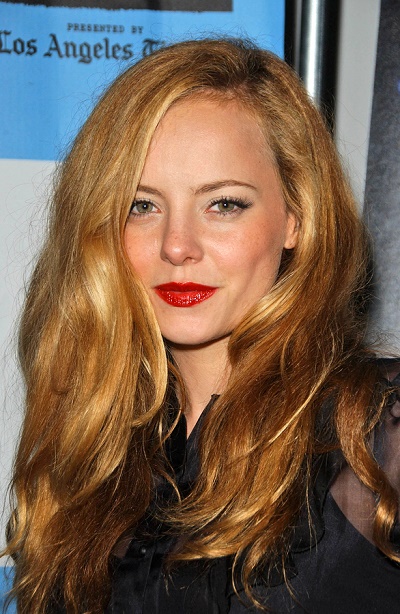 Phillips in 2007, photo by s_bukley/Bigstock.com

Bijou Phillips is an American actress, model, socialite, and singer. She is the daughter of singer John Phillips (John Edmund Andrew Phillips) and actress, singer, and model Geneviève Waïte. Her father had Irish and English ancestry. Her mother was born in Cape Town, South Africa. Her half-siblings are actress Mackenzie Phillips and singer and actress Chynna Phillips. Bijou is married to actor and disc jockey Danny Masterson, with whom she has a daughter.

Bijou’s paternal grandmother was Edna Gertrude Gaines (the daughter of Edmund Franklin Gaines and Zora Gertrude Hardgrave). Edna was born in Mexico, to American parents. Edmund was the son of Charles William Gaines and Martha Isabell Black. Zora was the daughter of Jasper Newton Hardgrave and Winnie Jane Steele.

Bijou’s father was said to have partial Cherokee Native American ancestry. It is not clear if this ancestry has been verified/documented.

Sources: Genealogies of Bijou Phillips (focusing on her father’s side) – http://worldconnect.rootsweb.ancestry.com
https://www.geni.com
https://gw.geneanet.org