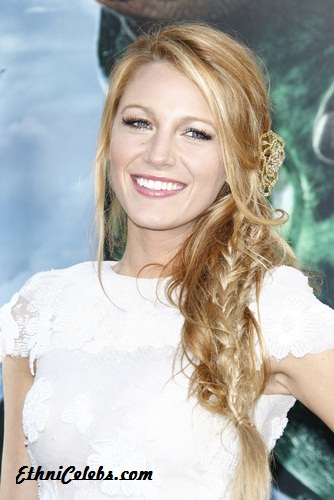 Blake Lively is an American actress, model, and homemaking expert. She is known for starring in Gossip Girl, as Serena van der Woodsen, and in the films The Sisterhood of the Traveling Pants, Savages, The Age of Adaline, The Shallows, and Green Lantern.

Blake is the daughter of actor Ernest Lively (born Ernest Wilson Brown, Jr.) and acting teacher Elaine Lively (born Willie Elain McAlpin). Lively is the surname of her mother’s previous husband, Ronnie Lively. Among Blake’s siblings are actors Jason Lively (Ronald Jason Lively) and Robyn Lively, who are her half-siblings. Blake is married to Canadian actor Ryan Reynolds, with whom she has three children.

Blake’s paternal grandfather was Ernest Wilson Brown, Sr. (the son of Harry Thomas/F. Brown and Sister Tiny/Tina Clark). Ernest was born in Virginia. Harry was the son of William H. Brown and Zora A. Sister was the daughter of James Granville Clark and Lucy Nicely.

Blake’s paternal grandmother was Beatrice Gray/Grey Walton (the daughter of Eric Ivan Walton and Myrtle Ellen Rigsby). Beatrice was born in West Virginia. Eric was the son of John Henry Walton and Phoebe/Pheobe Luemma Gumm/Gum. Myrtle was the daughter of James Rigsby and Mattie Ethel Sparks.

Blake’s maternal grandmother was Willie Inez Thrash (the daughter of Isaac Farmer Thrash and Mattie Lee Smith). Willie was born in Alabama. Isaac was the son of John Allen Thrash and Celia Blake. Mattie was the daughter of Javan Jefferson Smith and Eliza Jane Owens.

Genealogy of Blake Lively (focusing on her father’s side) – http://worldconnect.rootsweb.ancestry.com

Genealogy of Blake Lively (focusing on her mother’s side) – http://www.familycentral.net

Genealogy of Blake’s maternal great-great-grandmother, Eliza Jane Owens (focusing on her own mother’s side) – http://worldconnect.rootsweb.ancestry.com