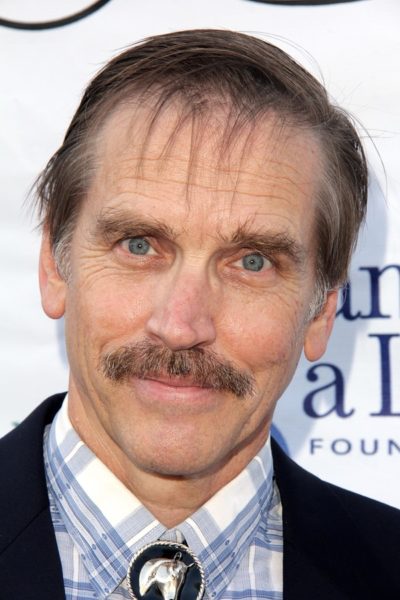 Moseley in 2013, photo by kathclick/Bigstock.com

Ethnicity: English, some German and Swedish

Bill Moseley is an American actor, musician, and journalist. He is known for his many memorable horror roles, especially Chop-Top in The Texas Chainsaw Massacre Part 2 (1986), Otis B. Driftwood in House of 1000 Corpses, The Devil’s Rejects, and 3 from Hell, and Ricky in Silent Night, Deadly Night 3: Better Watch Out!

In a contrast to some of his characters, Bill is from an upper-class family, from Connecticut, and is at least a third generation Yale alumni. He is the son of Virginia Gillette (Kleitz), a journalist, and S. D. Moseley (Spencer Dumaresq Moseley), a chairman and chief executive of the Railway Express Agency. His father was a member of the Yale Corporation; he was captain and center of the 1942 Yale football team. Bill’s grandfather George Moseley was also a Yale football star.

Bill’s paternal grandfather was George Clark Moseley (the son of Carlton Moseley and Marion Lydia Wilder). George was born in Illinois. Carlton was the son of Frederick Pierce Moseley and Mary E. Clark/Clarke. He was President of the Chicago office of Chase & Sanborn Coffee Company. Marion was the daughter of John James Wilder and Marion Remick.

Bill’s paternal grandmother was Ethel Maude Spencer (the daughter of Earl Winfield Spencer and Agnes Lucy Marian Hughes). Ethel was born in Illinois. Earl was the son of Nathan Spencer and Polly Ann Price. Agnes was born in Buenos Aires, Argentina, to English parents, with her father’s name having been Frederick Hughes.