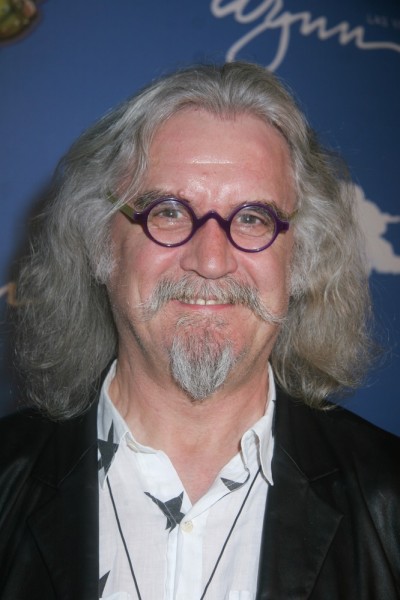 Connolly in 2007, photo by Prphotos.com

Billy Connolly is a Scottish stand-up comedian, actor, artist, musician, and presenter. He is nicknamed “the Big Yin.” He was a member of folk band The Humblebums, with Gerry Rafferty and Tam Harvey. His roles include Pocahontas, Mrs Brown, Still Crazy, Lemony Snicket’s A Series of Unfortunate Events, and The Hobbit: The Battle of the Five Armies.

He is the son of Mary and William Connolly. He is married to New Zealand-born psychologist, writer, and performer Pamela Stephenson. He has two children with his former wife Iris Pressagh; and three with Pamela.

Billy’s paternal grandfather was named Jack Connolly (the son of John Connolly and Mary). Jack was from an Irish background.

Billy’s paternal grandmother was named Jane McClusky. Jane was from an Irish background.

Billy’s maternal grandfather was named Neil McLean (the son of Neil McLean and Catherine). Billy’s great-grandparents Neil and Catherine were from the Isle of Mull, Scotland, and moved to Glasgow.

In an episode of Who Do You Think You Are?, 2014, Billy found out that his great-great-grandfather, Daniel Doyle, served in the British Army in India, and was in trouble with the military due to his drinking. He married Billy’s great-great-grandmother Margaret O’Brien in 1869. They lived in India for a while and later moved to Ireland, and finally Glasgow. Margaret was the daughter of John O’Brien, a soldier serving in the British Army in India, and of Matilda Allan, a local Indian girl. This makes Billy of 1/32 Indian ancestry.