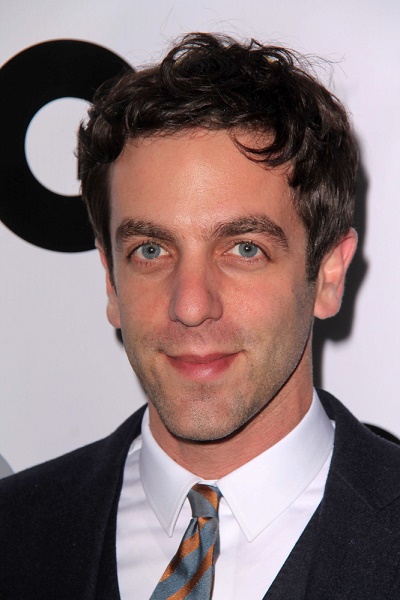 B. J. Novak is an American actor, writer, comedian, and director. His roles include The Office, Inglourious Basterds, and Vengenace, the latter of which he also wrote and directed.

He is the son of Linda and William Novak, a writer. Both of his parents are Jewish. His brother, Jesse Novak, has composed music for television.

B. J.’s maternal grandfather was Martin M. Manaly/Manalovitz (the son of Oscar Manalovitz/Manalovici and Molly/Mollie Davis/David). Martin was born in New York. Oscar was a Jewish emigrant from either Russia or Romania. Molly was a Romanian Jew.

Sources: Genealogy of B. J. Novak (focusing on his mother’s side) – https://www.geni.com