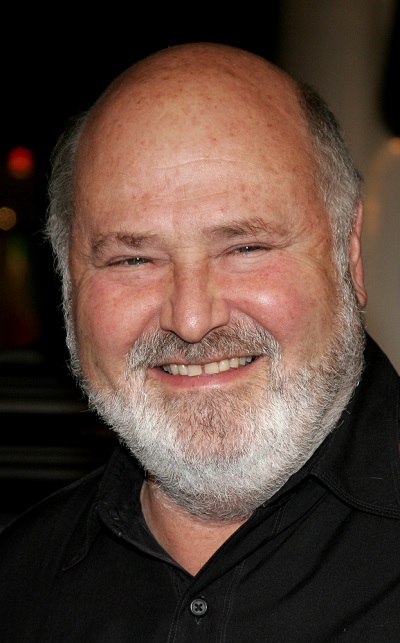 Rob Reiner is an American director, actor, writer, and activist.

He is the son of Estelle (Lebost) and legendary comedian, writer, and actor Carl Reiner. His uncle, Charlie Reiner, served in the 9th Division’s 37th Infantry at 11 major World War II battles. Charlie had his ashes buried at Arlington National Cemetery. Rob is the brother of author Annie Reiner and painter and print maker Lucas Reiner.

His family is Jewish (from Ukraine, Austria, Romania, Germany, Russia, and Poland). Rob had a Bar Mitzvah ceremony.

Rob is married to photographer Michele Singer, who is also Jewish. He has a daughter, actress Tracy Reiner, with his former wife, director and actress Penny Marshall; and three children with Michele.

Rob’s paternal grandmother was Bessie Mathias (the daughter of Simon Matthias and Caroline Starr). Bessie was a Romanian Jewish immigrant. Simon was the son of Nathan Matthias.

Rob’s maternal grandmother was named Minnie. Minnie was a Jewish emigrant from Russia or Poland.