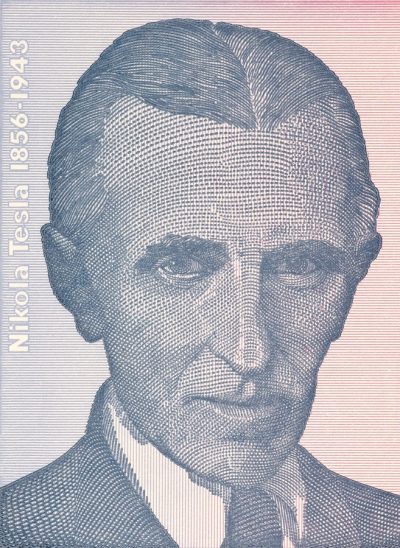 Nikola Tesla on a 1994 banknote in Yugoslavia, photo by Candyman/Bigstock.com

Nikola Tesla was a Serbian and American inventor, electrical engineer, mechanical engineer, and futurist. He is known for contributing to the design of the modern (AC) electricity supply system.

Nikola was the son of Đuka Mandić and Milutin Tesla, an Eastern Orthodox priest. He had ancestors from western Serbia, near Montenegro. Nikola moved to Prague, Budapest, and Paris, before coming to the U.S. He lived in New York and Colorado Springs, Colorado. He was an Austrian citizen until 1891, when he became a U.S. citizen.

Nikola’s maternal grandfather was named Nikola Tomin Mandić (the son of Tomo Petrov Mandić). Nikola’s grandfather Nikola was born in Gračac, Zadar, and was an Orthodox priest. Tomo was the son of Petar Mandić.