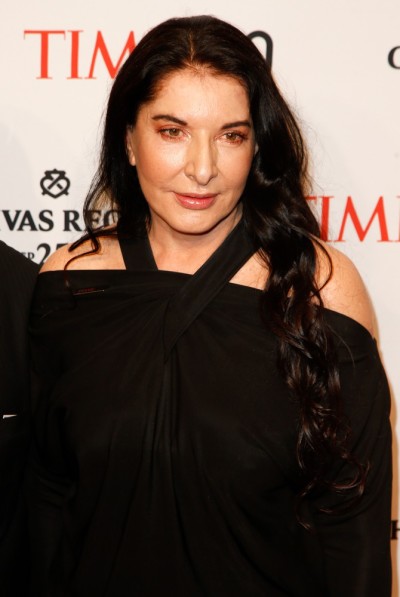 Abramović in 2014, photo by prphotos

Marina Abramović is a Serbian conceptual and performance artist, philanthropist, writer, and filmmaker.

Her parents were Yugoslav Partisans during the Second World War. Her father, Vojin “Vojo” Abramović, was a commander, who was acclaimed as a national hero after the war. He was born in Bjelice, Cetinje, Kingdom of Montenegro. Her mother, Danica (Rosić), was a major in the army and, in the 1960s, director of the Museum of the Revolution and Art in Belgrade. She was born in Pljevlja, Kingdom of Serbs, Croats and Slovenes. Marina’s maternal great-uncle was Varnava, Serbian Patriarch, head of the Serbian Orthodox Church. He was murdered in 1937 along with Marina’s grandfather Uroš Rosić, his brother.

Marina’s surname, Abramović, is a common Serbian and Croatian name.

Marina’s paternal grandfather was named Đjorđje/Đjorđjije Abramović (the son of Đukan Abramović and Milica). Đjorđje was born in Prediš, Cetinje, Principality of Montenegro, and fought in WWI and WWII, in the latter war being a member of the partisans.