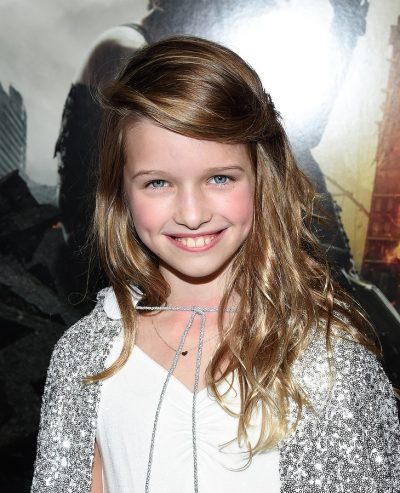 Anderson in 2017, photo by DFree/www.bigstockphoto.com

Ever Anderson is an American actress. She will play the female lead Wendy in the film Peter Pan.

She is the daughter of actress Ukrainian-born American Milla Jovovich and English director, producer, and screenwriter Paul W. S. Anderson.

Ever’s maternal grandfather was named Bogic Bogdanovic Jovovic (the son of Bogdan Jovović). Bogdan was the son of Bogić Camić Jovović and Milica. Bogic was born in Montenegro.

Ever’s maternal grandmother was actress Galina Jovovich (born Galina Aleksandrovna Loginova;, the daughter of Alexander/Mikhail Vasilevich Loginov and Tatiana Ivanovna Popova). Galina was born in Tuapse, Russia, to parents from Tula. Alexander was the son of Vasily Loginov. Tatiana was the daughter of Ivan Popov.

Genealogy of Ever’s mother (focusing on her own father’s side) – https://www.geni.com