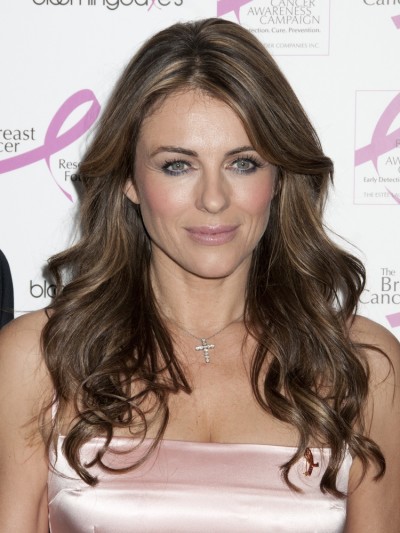 Elizabeth Hurley is a British actress and model.

She has said, “I’m half Irish even though I don’t know any of my Irish relatives at all… I’ve always loved Ireland.”

She has a son, actor and model Damian Hurley, with her former partner, American businessperson Steve Bing.

Elizabeth’s maternal grandfather was Cyril George Titt (the son of Percy John Titt and Edith Knight). Cyril was born in Poole, Dorset, England. Percy was the son of Samuel Titt and Ada Blanche. Edith was the daughter of Thomas Knight and Cecilia Cherrett.

Elizabeth’s maternal grandmother was Ena Ranger (the daughter of Herbert Ranger and Eliza Berrett). Ena was born in Whitchurch, Hampshire, England. Herbert was the son of John/Jehu Ranger and Sarah Hawkins. Eliza was the daughter of John Berrett and Mary Ann Lawrence.

Sources: Genealogy of Elizabeth Hurley (focusing on her mother’s side) – https://www.geni.com

Genealogy of Elizabeth’s maternal great-great-grandfather, Thomas Knight (focusing on his father’s side) – http://worldconnect.rootsweb.ancestry.com