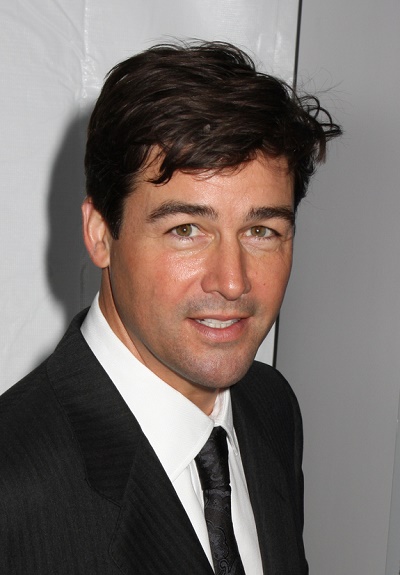 Chandler in 2008, photo by Prphotos.com

Kyle Chandler is an American actor. He is known for his roles on the series Homefront, Early Edition, Grey’s Anatomy, Friday Night Lights, and Bloodline, and in the films King Kong (2005), Super 8, Argo, The Wolf of Wall Street, Manchester by the Sea, First Man, and Godzilla: King of the Monsters, among many other works.

He is the son of Sally, a dog breeder, mostly of Great Danes, and Edward Chandler, a pharmaceutical sales representative. His father had English, and some Irish, ancestry. His mother was of German, and a small amount of English, descent. Kyle was raised mostly in Lake Forest, Illinois, and then Loganville, Georgia.

He is married to Kathryn, with whom he has two children, including actress Sydney Chandler. Kyle and his other daughter Sawyer are involved in trying to end the practice of shark finning.

Kyle’s paternal grandfather was Harold J. Chandler (the son of Edmond/Edmund Chandler and Elicia/Alicia Grace). Harold was born in Canada. Elicia was born in India, to an Irish-born father, John Evans Grace, and to an Indian-born mother, Mariah Jane Steele (while not totally clear, it appears that Elicia was not of Indian descent).

Kyle’s maternal grandfather was Edward Joseph Meyer, Jr. (the son of Edward Joseph “E. J.” Meyer and Etta/Edda Glasser). Kyle’s grandfather Edward was born in New York. Kyle’s great-grandfather Edward was the son of Augustus Franciscus Meyer and Hattie A. Meyer, who were the children of German immigrants. Etta was the daughter of John P. Glasser, whose parents were German, and of Esther Charlotte Baetzhold, whose father was German and whose mother was English.

Kyle’s maternal grandmother was Elsie R. Braun (the daughter of Peter J. Braun and Eleanor “Nellie” M. Rosenbach). Elsie was born in New York. Peter’s parents were German. Eleanor was the daughter of Wallace Frank Rosenbach, who had German ancestry, and of Barbara Lottie Fagan.