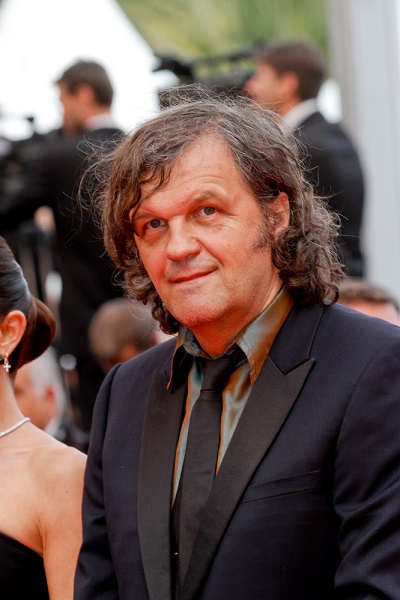 Kusturica in 2011, photo by Prphotos.com

Emir Kusturica is a Serbian filmmaker, actor, and musician. He has twice won the Palme d’Or at Cannes. He is known for directing the films When Father Was Away on Business, Time of the Gypsies, Arizona Dream, Underground, and Black Cat, White Cat.

Emir is the son of Murat Kusturica, a journalist, and Senka Numankadić, a court secretary. He grew up as the only child of a secular Muslim family in Sarajevo, the capital of Bosnia and Herzegovina, then a constituent republic within Yugoslavia.

On Đurđevdan in 2005, he was baptised into the Serbian Orthodox Church, as Nemanja Kusturica, at the Savina monastery near Herceg Novi, Montenegro. As critics considered this a betrayal of his Bosniak roots, he stated, “My father was an atheist and he always described himself as a Serb. OK, maybe we were Muslim for 250 years, but we were Orthodox before that and deep down we were always Serbs, religion cannot change that.”

Emir refuses to see himself as either a Bosniak or Serb. Instead, he has continued to state that he is simply a Yugoslav.

Emir holds dual Serbian and French citizenship. He is married to Maja Mandić, with whom he has two children.

An ancestor of his, who helped build the Arslanagić Bridge in the 18th century, hailed from Bileća and the Babić family. Another ancestor, Avdija Krivokapić, an Islamized Montenegrin, reportedly was honoured by the Sultan for his military service and on the way home to Herzegovina, in Kyustendil, bought and then married a gypsy. Another ancestor, Hajdarbeg Kusturica, was a čauš (officer) who lived in Volujak, and was said to have repurchased Muslim slaves, and protected Orthodox clergy and his subject peasants.