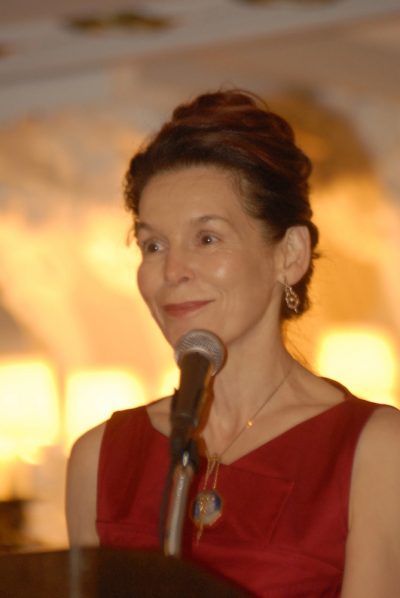 Alice Krige is a South African actress and producer. She is known for starring in Ghost Story, Stephen King’s Sleepwalkers, Star Trek: First Contact, Gretel & Hansel, and other genre roles.

Alice is the daughter of Patricia, a professor of psychology, and Louis Krige, a physician. Her father was born on Western Cape, and her mother was born in Rhodesia, Eastern Cape. She is married to writer and director Paul Schoolman.

Alice’s paternal great-uncle, her grandfather’s brother, was politician Joel Krige, who was Speaker of the Union of South Africa, from 1915 to 1924.

Alice’s patrilineal line can be traced to Steffen Kriege/Krigo/Krige, who was born, c. 1632, in Lienen, Münster, North Rhine-Westphalia, Germany.

Alice’s maternal grandmother was Alice Ryan (the daughter of Edward James Ryan and Eliza Fox). Alice was born in Pancras, London, England. Edward was the son of Edward and Rosina Ryan. Eliza was the daughter of Samuel Fox and Mary Ann Phillips.

Source: Genealogy of Alice Krige (focusing on her father’s side) – https://www.geni.com