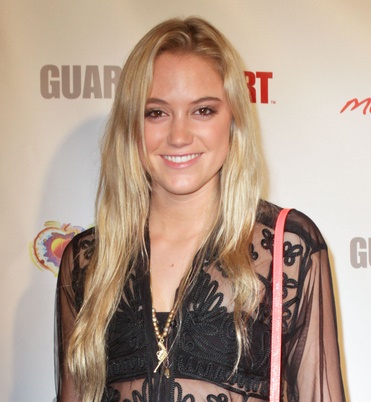 Maika Monroe is an American actress and professional kiteboarder. Her films include The Guest, It Follows, The Tribes of Palos Verdes, After Everything, Greta, Villains, Flashback, Watcher, Independence Day: Resurgence, and Hot Summer Nights.

Born with the first name Dillon, she later changed her first name to Maika, by which she had already been informally called for most of her life.

Maika’s maternal grandfather is William Allan Clute (the son of William/Walter “Bill” Black Clute and Annabelle Lee Reid). Maika’s grandfather William was born in California. Maika’s great-grandfather William/Walter was the son of Clarence Roe Clute and Cora Irene Wheeler. Annabelle was Canadian, and was the daughter of Allan Ramsey Reid, who had Scottish ancestry, and of Anna Valgerdur Stefanson/Steffanson, who was of Icelandic descent.