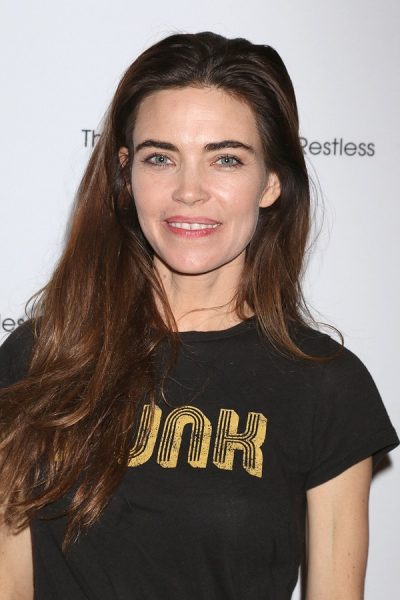 Heinle in 2019, photo by kathclick/Bigstock.com

Amelia Heinle is an American actress. She is known for her role on the soap opera The Young and The Restless, among others.

She is married to actor and producer Thad Luckinbill. She has a son with her former husband, actor, producer, director, and musician Michael Weatherly; and two children with Thad.

She was raised in Arizona and New Jersey.

Amelia’s paternal grandmother was Mary Eleanor Lay (the daughter of Joseph Lewis Lay and Inez Marion Loy). Mary was born in Cornville, Arizona, and had deep roots in the U.S. Joseph was born in Tennessee, the son of Elijah Lay and Mary Ann Petree. Inez was born in Arizona, the daughter of William Loy and Eleanor Marjorie Carrier.