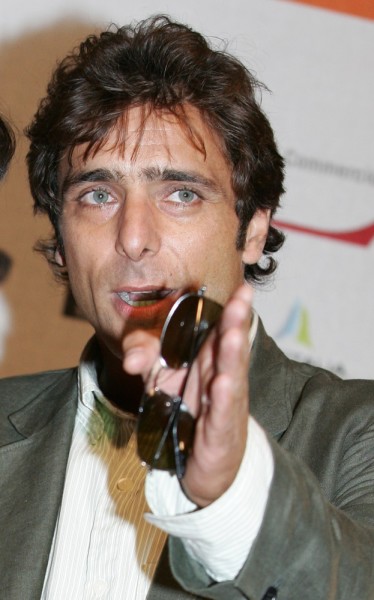 Giannini in 2008, photo by Prphotos.com

Adriano Giannini is an Italian actor and dubber. He is co-starred with Madonna in the 2002 film Swept Away, a remake of the 1974 Italian film. Adriano played the same role that his father, actor and dubber Giancarlo Giannini, did in the original. Adriano’s mother is Livia Giampalmo, an Italian dubber who has dubbed in for actresses Shelley Duvall (The Shining), Diane Keaton (Annie Hall), and Sigourney Weaver, among others.