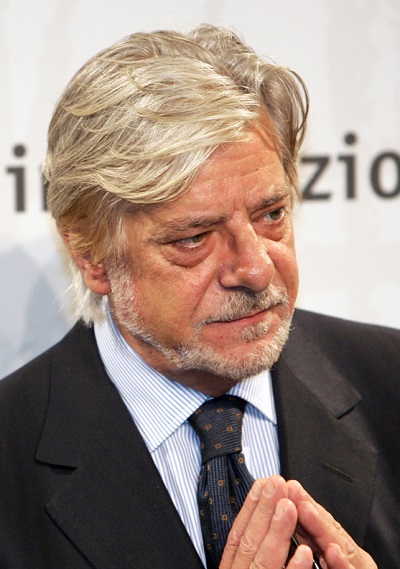 Giannini in 2006, photo by PrPhotos

Giancarlo Giannini is an Academy Award-nominated Italian actor and dubber. Fluent in English, he has appeared in Hollywood productions, such as Hannibal and Man on Fire. Perhaps his best-known recent roles are in the James Bond films Casino Royale and Quantum of Solace. Giancarlo was born in La Spezia, Liguria, Italy and raised in Naples.

Giancarlo is married to Eurilla del Bono. He has two children, including actor Adriano Giannini, with his former wife, dubber Livia Giampalmo; and two children with Eurilla.