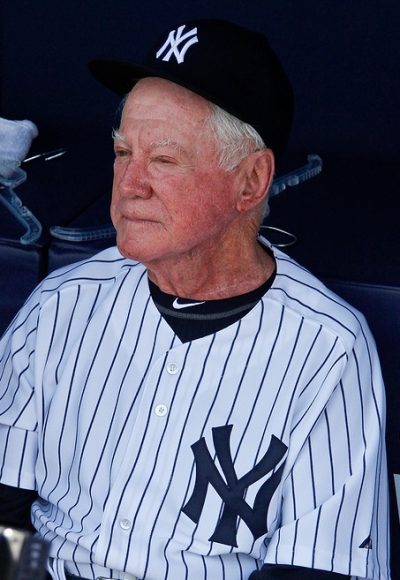 Ford in 2011, photo by Debby Wong/www.bigstockphoto.com/

Whitey Ford was an American professional baseball player. He was a pitcher, who played his entire Major League Baseball (MLB) career with the New York Yankees. Whitey was inducted into the Baseball Hall of Fame in 1974. He was nicknamed “The Chairman of the Board.”

Whitey was the son of Carrie (Ormsby) and Edward Ford. He was raised in Astoria, Queens. Whitey was married to Joan, with whom he had three children.