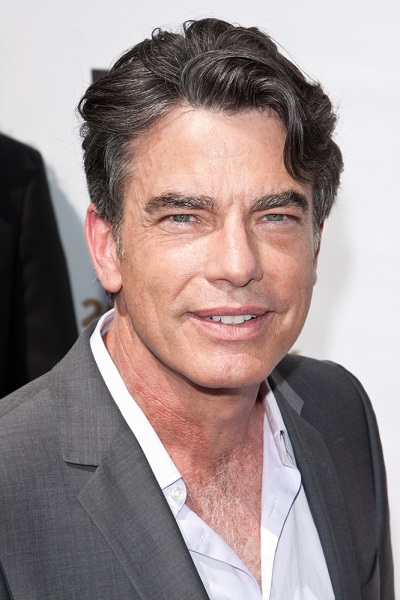 Gallagher in 2012, photo by Prphotos.com

Peter Gallagher is an American actor, musician, and writer. He is of Irish descent. Peter is married to Paula Harwood, with whom he has two children, including actress Kathryn Gallagher.

Peter’s paternal grandmother was Brigid/Bridget Gallagher (the daughter of James Gallagher and Sarah Kelly). Brigid was born in Pennsylvania, of Irish heritage. James was the son of John Gallagher. Sarah was the daughter of John Kelly and Bridget.