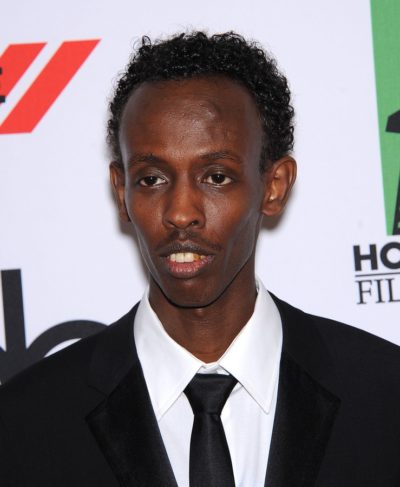 Abdi in 2013, photo by DFree/Bigstock.com

Barkhad Abdi is a Somali-American actor and director. He was nominated for an Academy Award for Best Supporting Actor for his role in Captain Phillips (2013).

Barkhad was born in Mogadishu, Banaadir, Somali Democratic Republic, and moved with his family to Yemen in the early 1990s, because of the Somali Civil War. Around 1999, his family moved to the U.S., settling in Minneapolis, Minnesota. As of 2013, he has been an ambassador for Adeso, a non-governmental organisation founded by Fatima Jibrell, a Somali environmentalist.