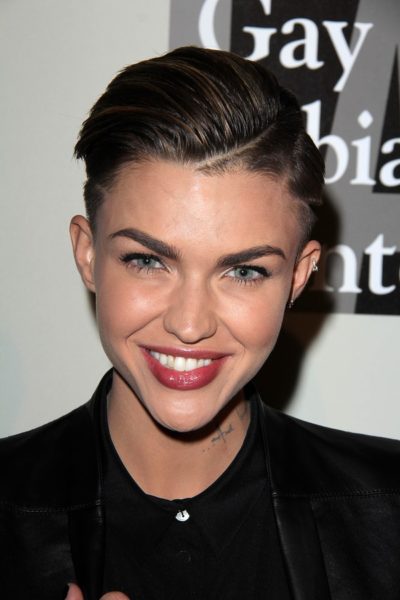 Rose in 2014, photo by kathclick/Bigstock.com

She is the daughter of Katia Langenheim and Peter. She was raised in rural Victoria, Tasmania, as well as Surfers Paradise and Melbourne.

Ruby’s maternal grandmother was Deirdre Rose Campbell (the daughter of Alec Campbell, Alexander William Campbell, and of Kathleen Matilda Connolly). Alec was the final surviving Australian participant of the Gallipoli campaign during World War I. Alec was the son of Samuel Alexander Campbell, whose father was from Argyll and Bute, Scotland, and whose maternal grandparents were English; and of Isobel/Isabel Marian Thrower. Kathleen was the daughter of Thomas John Connolly and Matilda Creasey.

Source: Genealogy of Ruby Rose (focusing on her mother’s side) – https://www.geni.com