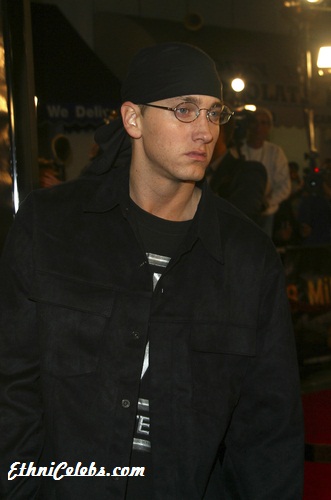 Eminem is the son of Deborah R. (Nelson) and Marshall Bruce Mathers. His parents were in a band called Daddy Warbucks, and played in Ramada Inns along the Dakotas-Montana border. He was raised mostly in Missouri and Detroit, Michigan, and grew up with his mother. His ancestry includes English (where two of his great-grandparents were born), German, Swiss-German, and Scottish.

One great-great-great-grandfather of Eminem, George A. Scheinert, is listed on one census record as having been born in Poland. Given the surname Scheinert, it is likely that George was of ethnic German ancestry.