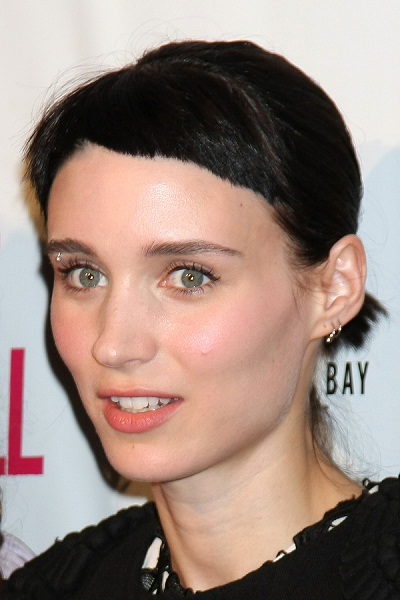 Mara in 2011, image via kathclick/Bigstockphoto.com

Rooney Mara is an American actress, fashion designer, philanthropist, and animal rights activist. Her roles include A Nightmare on Elm Street, The Social Network, The Girl with the Dragon Tattoo (2011), Carol, Pan, and Nightmare Alley, among many others.

She is the daughter of Kathleen McNulty (Rooney) and Timothy Christopher Mara. Her sister is actress Kate Mara. Her parents are both from prominent families with a football team-founding patriarch (the New York Giants for her father and the Pittsburgh Steelers for her mother). Rooney has a son with her fiancé, actor, musician, and activist Joaquín Phoenix.

Rooney’s great-uncle, Dan Rooney, was the U.S. Ambassador to Ireland, from 2009 to 2012, and Chairman of the Pittsburgh Steelers, from 2003 to 2017. Her first cousin, once removed, Art Rooney II, is a co-owner and President of the Steelers.

Rooney’s paternal grandmother was Ann/Anne Maria Teresa Mumm (the daughter of George Henry Mumm and Olive V. DuBord). Ann was born in New York, and was a businessperson, socialite, and philanthropist. George’s father, Philip Mumm, was born in Germany, the son of Veith Mumm and Margaret Leydecker. George’s mother, Rose/Rosa A. Hebel, was born in either England or New York, to German parents. Olive’s parents were James Ignatius DuBord, who was born in Canada, and Elizabeth Conlan/Conlen. The surname DuBord is French, suggesting likely French-Canadian ancestry. The surnames Conlan and/or Conlen are Irish, suggesting Irish ancestry.