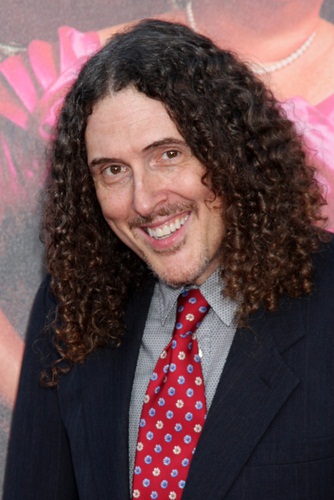 He is the son of Mary Elizabeth (Vivalda) and Nick Louis Yankovic. His father was of Slovenian and Croatian descent. His maternal grandfather was Italian, and his maternal grandmother had English, and small amounts of Irish, Scots-Irish/Northern Irish, and more distant Dutch, Welsh, and Scottish, ancestry.

“Weird Al” is married to Suzanne Krajewski, with whom he has a daughter.

“Weird Al” is not related to accordion player and polka musician Frankie Yankovic.

“Weird Al”‘s paternal grandfather was named Matthew/Mattan Yankovic/Yankovich (the son of Steve Yankovich and Ann). Matthew was from Črnomelj, Slovenia.

“Weird Al”‘s paternal grandmother was named Mary A. Braj/Bray. Mary was an ethnic Croatian, and was born in Požega-Slavonia.

“Weird Al”‘s maternal grandmother was Fairy Mae Kidwell (the daughter of Thomas Elden Kidwell and Elizabeth Dobbs). Fairy was born in Kentucky; her family had lived in the United States for many generations, and had English ancestry. Thomas was the son of Louis Palestine Kidwell and Elvina Baker. Elizabeth was the daughter of Jeremiah Dobbs and Eliza Mobley.