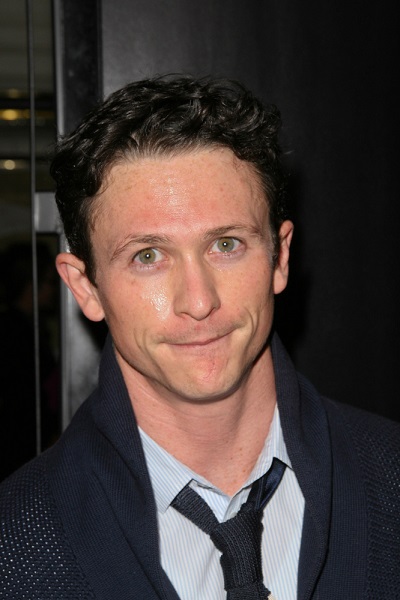 Jonathan Tucker is an American actor.

Jonathan is the son of Maggie Moss, an analyst and executive, and Paul Hayes Tucker, a professor of art and Claude Monet. Jonathan’s father has Irish and English ancestry. His mother is Jewish, of Romanian Jewish, Austrian Jewish, Polish Jewish, and Russian Jewish descent. Jonathan is married to Tara (Ahamed) Tucker, whose father is writer Liaquat Ahamed. The couple has two children.

Jonathan’s aunt and uncle are Mary Evelyn Tucker and John Grim, who are the co-founders and co-directors of the Forum on Religion and Ecology at Yale University.

Jonathan’s paternal grandmother was Mary Elizabeth Hayes (the daughter of Carlton Joseph Huntley Hayes, an educator and historian, and of Mary Evelyn Carroll). Jonathan’s grandmother Mary Elizabeth was born in New York. Carlton served as the U.S. Ambassador to Spain, and was the son of Philetus Arthur Hayes and Permelia Mary Huntley.

Jonathan’s maternal grandfather was Roy I. Moss (the son of Jack J. Moss and Gertrude Sacheroff). Roy was born in New York. Jack was born in New York, to Romanian Jewish parents, with his mother’s name being Jennie Silberstein Moscowitz. Gertrude was born in Ohio, the daughter of Max Mordecai Dov Sacheroff and Mollie Goldenknopf/Golden, who were Polish Jews.

Sources: Genealogy of Jonathan Tucker (focusing on his father’s side) – https://www.geni.com

Genealogy of Jonathan’s paternal great-grandfather, Carlton Joseph Huntley Hayes (focusing on his own father’s side) – http://worldconnect.rootsweb.ancestry.com