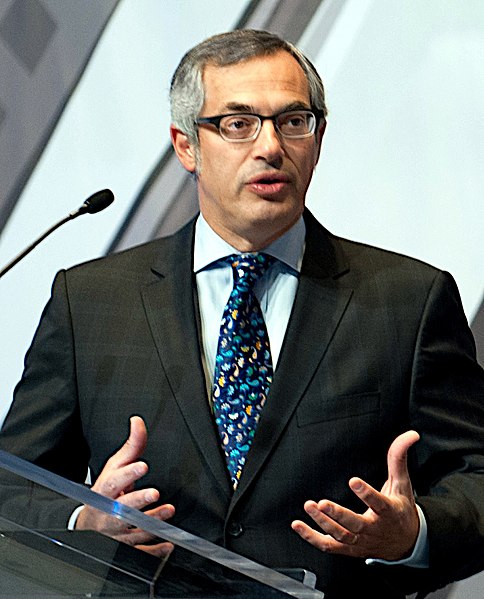 Cropped photo of Honourable Tony Clement, President of the Treasury Board of Canada, addressing ICANN 45.

Tony was born Tony Peter Panayi in Manchester, Lancashire, England, to Carol Ann (Drapkin) and Peter M. Panayi. His father was a Greek Cypriot. His mother was Jewish (of Russian Jewish and Syrian Jewish descent).

His family moved to Canada when he was around four. His stepfather was Canadian politician John Clement, an Ontario MPP, who adopted Tony. He is married to Lynne Golding, with whom he has three children.