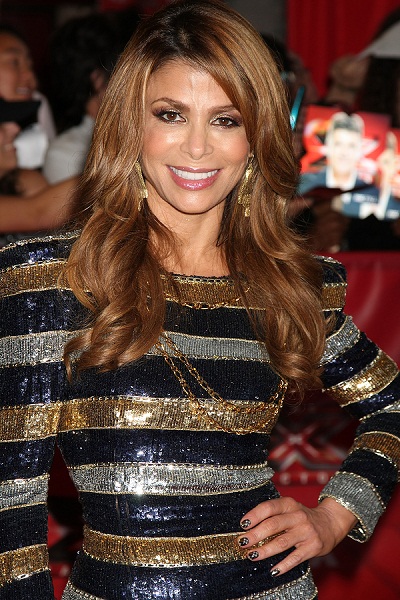 Paula Abdul is an American dancer, choreographer, singer, songwriter, actress, and television personality. She is known for being a judge on the show American Idol.

Paula’s father, Harry Abdul, was a Syrian Jew from Aleppo, who emigrated to Brazil, and then to the U.S. Paula’s mother, Lorraine (Rykiss), is Ashkenazi Jewish, and is originally from Saint Boniface, in Winnipeg, Manitoba, Canada. All four of Paula’s maternal great-grandparents were born in Eastern Europe, Russia and Ukraine.

Some have associated her with the black community, because of her style of music.

Paula’s maternal grandfather was William Alexander Rykiss (the son of Avram/Avraham Rykiss and Bessie Peshe “Passy” Malamed). William was born in Katerburg, Ukraine. Bessie was the daughter of Moishe Malamed and Dvora/Dovrah Berg.

Paula’s maternal grandmother was Sally/Sarah Naomi Riceberg (the daughter of Moishe Leib “Maurice” Riceberg and Mariam Goldbreski/Golubitsky). Sally was born in Manitoba, Canada, to parents who were born in Russia and Ovruch, Ukraine.

Genealogy of Paula Abdul (focusing on her mother’s side) – http://familytreemaker.genealogy.com

Paula talks about being Jewish – http://www.ynetnews.com