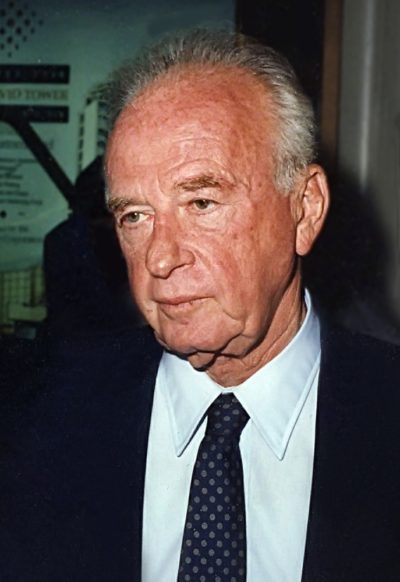 He was awarded the Nobel Prize for Peace in 1994, with Shimon Peres and Yasser Arafat.

“The Peacemakers” won Time Magazine’s Person of the Year for 1993. Yitzhak was one of four persons chosen to represent that title, along with Yasser Arafat, F. W. de Klerk, and Nelson Mandela.

Prime Minister Rabin’s maternal grandfather was Yitzchak Kagan (the son of Hillel Gilel/Gil’ka Hacohen/Kagan/Kagana and Rivka Verhaftig-Lubliner). Yitzchak was born in Mogilev, Belarus. Hillel was the son of Mordechai Cohen/Cagan. Rivka was the daughter of Iankel’ Verhaftig.