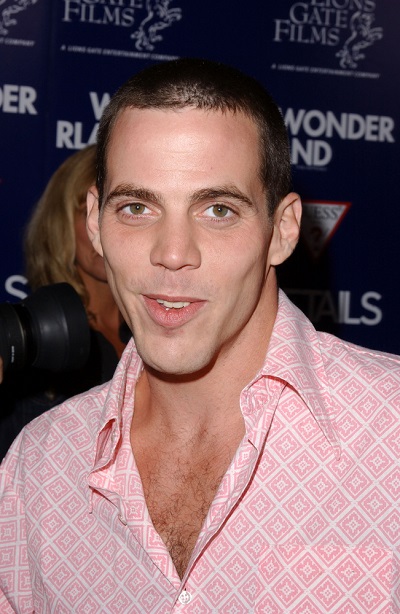 Steve-O is an American television personality, stunt performer, comedian, and entertainer. He has been part of the Jackass crew, along with Jason “Wee Man” Acuña, Spike Jonze, Johnny Knoxville, Bam Margera, Chris Pontius, and Jeff Tremaine.

His father is American and his mother is Canadian. He has British, American, and Canadian citizenship.

Steve-O’s paternal grandfather was Richard Gilchrist Glover, a historian (the son of Terret/Terrot Reaveley Glover and Alice Emily Cornelia Few). Richard was English, born in Cambridge, Cambridgeshire, the son of a prominent classical scholar and the grandson of a Baptist minister. Terret was the son of The Rev. Richard Glover and Anne Finlay, who was born in Scotland. Alice was the daughter of Harry Gleaves Few and Mary Ann Robinson.

Sources: Genealogy of Steve-O’s paternal grandfather, Richard Gilchrist Glover (focusing on his own mother’s side) – http://www.gritquoy.com

Genealogy of Steve-O’s paternal grandmother, Constance White (focusing on her own father’s side) – http://worldconnect.rootsweb.ancestry.com