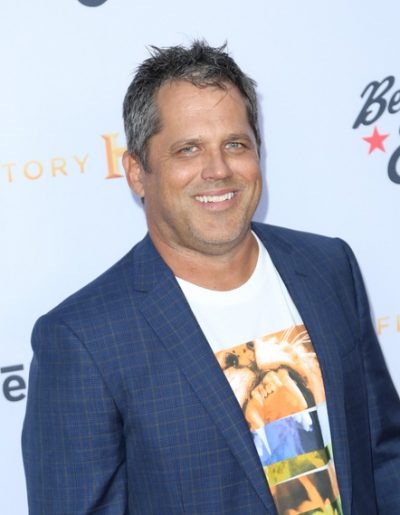 Tremaine in 2015, photo by Prphotos.com

Jeff Tremaine is an American showrunner, filmmaker, and magazine editor. He has been part of the Jackass crew, along with Jason “Wee Man” Acuña, Spike Jonze, Johnny Knoxville, Bam Margera, Steve-O, and Chris Pontius.

Jeff has two children with his wife Laura.

Jeff’s paternal grandfather was Myron Jewell/Jewel Tremaine (the son of The Rev. Myron David Tremaine and Sarah Frances “Sadie” Howland). Jeff’s grandfather Myron was born in either Illinois or Indiana. Jeff’s great-grandfather The Rev. Myron was born in New York, the son of Myron J. Tremaine and Caroline Eliza Hastings, who were of Colonial American descent. Sarah was born in Illinois, the daughter of William Henry Howland and Mathilda Wilhelmina Johansdotter Nilsson, who was Swedish, born in Mariestad, Skaraborg, Västra Götaland.