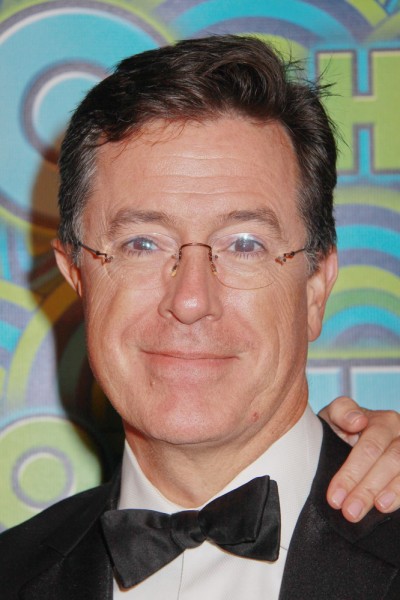 Colbert in 2013, photo by Prphotos

Stephen Colbert is an American television personality, comedian, actor, singer, writer, media critic, political figure, and producer. He has hosted The Late Show with Stephen Colbert since 2015. He previously hosted the show The Colbert Report from 2005 to 2014.

He was a (somewhat comedic) candidate for President of the United States in 2008.

Stephen is the son of Lorna Elizabeth (Tuck) and James William Colbert, Jr., both from New York state. His father was a physician, and the first vice president of academic affairs at the Medical University of South Carolina (MUSC). Stephen’s father was of seven eighths Irish ancestry, with the rest of his roots being Alsatian German and English (through Stephen’s great-great-grandmother, Susan Ann Fletcher). Stephen’s mother was of entirely Irish ancestry. Stephen was raised Catholic. His sister is economist and politician Elizabeth Colbert Busch.

Stephen is married to Evelyn McGee-Colbert, with whom he has three children.

A DNA test whose results were displayed on the show Faces of America (2010) stated that Stephen’s genetic ancestry is:

DNA tests performed by the show Finding Your Roots with Henry Louis Gates, Jr. found that Stephen has a common ancestor with actor Ted Danson and television journalist Soledad O’Brien.

Colbert in 2007, photo by David Shankbone