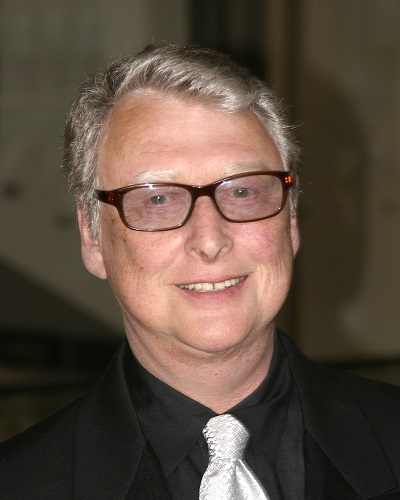 Nichols in 2005, photo by PrPhotos.com

Mike Nichols is an American director, comedian, actor, and producer. He won the Academy Award for Best Director for The Graduate (1967).

He was born in Berlin, Germany. His father, Igor Paul Nichols (Peschkowsky), was born in Vienna, Austria, to Russian Jewish parents, who moved to Vladivostok, then to Harbin, China, and then to Berlin. His mother, Brigitte Claudia (Landauer), was a German Jew. He was a third cousin, twice removed, of scientist Albert Einstein. Mike was married to journalist Diane Sawyer, until his death. He had a daughter with his former wife, Margot Callas, and two children with his former wife, Irish writer and academic Annabel Davis-Goff.

Mike moved to New York in April 1939 with some of his family, to escape the Nazis. His father had arrived there in August 1938.

Mike’s paternal grandmother was named Anna Distler (the daughter of Grigori/Grigory Distler). Anna was born in Tomsk, Russia. Grigory was born in Poland, and was exiled to Siberia. There, he successfully mined for gold.

Mike’s maternal grandfather was Gustav Landauer, a theorist on anarchism (the son of Hermann Landauer and Rosa/Roese Neuburger). Gustav was born in Karlsruhe, Karlsruhe, Baden-Wurttemberg, Germany. Hermann was the son of Salomon Landauer and Särchen/Sara Kahn. Rosa was the daughter of David Neuburger and Judith Einstein.

Mike’s maternal grandmother was Hedwig Lachmann, an author, translator, and poet (the daughter of Isaak Lachmann and Wilhelmine “Mina” Wohlgemut). Hedwig was born in Stolp, Slupsk, Słupsk County, Pomorskie, Poland. Isaak was the son of Josua Lachmann and Hedwig. Wilhelmine was born in Berent, Alken, Rheinland-Pfalz, Germany, the daughter of Bernhard Wohlgemut and Julie Blaubeil.

Mike was featured on the 2010 television series Faces of America, which examined his genealogy and that of other notables. In his 2010 book elaborating on the series, Faces of America: How 12 Extraordinary People Discovered their Pasts, Henry Louis Gates, Jr. writes: The Broad Institute’s testing of Meryl [Streep]’s autosomal DNA revealed that she shares recent ancestral connections to Mike Nichols (of four million base pairs on chromosome 13) and to Eva Longoria (of five million base pairs on chromosome 2), as well as an extraordinarily close ancestral connection to Stephen Colbert. Indeed, Meryl and Stephen share thirty million base pairs – a huge stretch of identical DNA.”