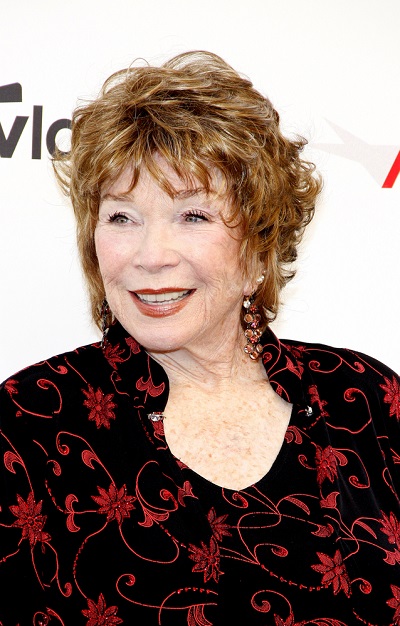 MacLaine in 2012, photo by PrPhotos

Shirely MacLaine is an American actress, singer, dancer, activist, and author. She won the Academy Award for Best Actress for Terms of Endearment (1983). She has also starred in The Apartment, Two Mules for Sister Sara, Being There, Madame Sousatzka, Steel Magnolias, Postcards from the Edge, and In Her Shoes, among many other films.

Shirley is the daughter of Kathlyn Corinne (MacLean) and Ira Owens Beaty. She is the sister of actor Warren Beatty. Her father was American, born in Front Royal, Warren, Virginia, and her mother was Canadian, born on North Sydney, Cape Breton, Nova Scotia. Her maternal uncle, by marriage, was Canadian Labor-Progressive politician A. A. MacLeod (Alexander Albert MacLeod). She has said that she changed her birth surname, Beaty, because people had trouble spelling and/or pronouncing it.

Shirley’s paternal grandfather was William Welton Beaty (the son of Henry Warren Beaty and Mary Lavinia/Lavina Pomeroy). William was born in Warren County, Virginia. Henry was the son of William A. Beaty and Elmira A. Edmonds. Mary was the daughter of William Montgomery Pomeroy and Lucinda Beaty.

Shirley’s paternal grandmother was Ada/Ida Virginia Partlow (the daughter of Burrell Taylor Partlow and Ruth Valonia/Valey Updike). Ada was born in Rappahannock County, Virginia. Burrell was the son of William Dollins Partlow and Margaret Gore. Ruth was the daughter of Daniel Updike and Nellie/Penelope Johnson.

Shirley’s maternal grandmother was Blanche Lehigh (the daughter of Franklin Metcalfe/Metcalf Lehigh/Leehy and Frances/Fanny Richards). Blanche was born in Frankville, Ontario, Canada. Franklin was the son of Gideon Lehigh/Leahy/Leehy and Clarissa/Clarrisa/Clara Kilbourn/Killborn/Kilborn/Kilbourne, whose parents were American, from Litchfield, Litchfield Co., Connecticut. Frances was born in Ireland, to a Protestant family.

Genealogy of Shirley MacLaine (focusing on her father’s side) – https://www.geni.com

Genealogy of Shirley’s paternal grandmother, Ada/Ida Virginia (Partlow) Beaty (focusing on her own mother’s side) – http://www.findagrave.com

Genealogy of Shirley MacLaine (focusing on her mother’s side) – http://worldconnect.rootsweb.ancestry.com