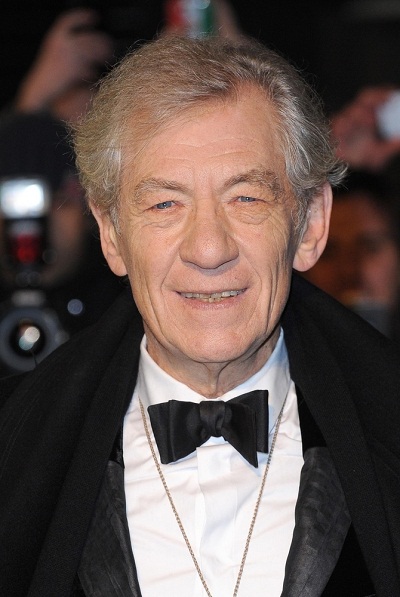 He is the son of Margery Lois (Sutcliffe) and Denis Murray McKellen. His father was a layer preacher, and his grandfathers were both preachers as well.

Sir Ian’s paternal grandmother was Alice Beatrice Murray (the daughter of William Whyte Murray and Alice Lowes). Sir Ian’s grandmother Alice was born in Barton-upon-Irwell, Lancashire, England. William was born in Scotland, the son of Alexander Murray and Jessey. Sir Ian’s great-grandmother Alice was of Scottish descent, and was the daughter of Robert Jacques Lowes and Jane Macintyre. Sir Ian’s great-great-grandfather Robert J. Lowes was an activist and campaigner, to make Saturday a half-holiday in Manchester, later leading to the five-day work week.

Sir Ian’s maternal grandfather was James Sutcliffe (the son of George Sutcliffe and Mary Carefoot). James was from Lancashire. George was the son of Stephen Sutcliffe. Mary was the daughter of Thomas Carefoot.

Sources: Information about Sir Ian’s appearance on Who Do You Think You Are?, 2017 – https://www.telegraph.co.uk