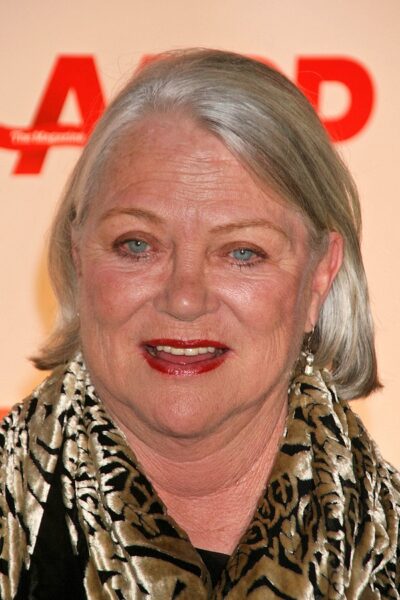 Louise Fletcher was an American actress. She won the Academy Award for Best Actress for One Flew Over the Cuckoo’s Nest (1975). She also had leading roles in the films Flowers in the Attic, Thieves Like Us, Exorcist II: The Heretic, The Cheap Detective, The Magician of Lublin, Brainstorm, Strange Behavior, Strange Invaders, Firestarter, Invaders from Mars (1986), and The Boy Who Could Fly, and on television’s Star Trek: Deep Space Nine.

Louise was the daughter of Estelle (Caldwell) and The Rev. Robert Capers Fletcher, an Episcopal missionary, who was from Arab, Alabama. Her parents were deaf, and her father founded more than forty churches for the deaf in Alabama. Louise and her siblings were born without hearing problems.

Louise’s paternal grandmother was Minnie L. Cobb (the daughter of Robert R. Cobb and Sarah Jane Griffith). Minnie was born in South Carolina. Robert was the son of David Cobb and Harriett/Harriet C. Gossett. Sarah was the daughter of William Reed Griffith and Elizabeth J. Yeargan.

Louise’s maternal grandmother was Estelle Collins (the daughter of Thomas Benton Collins and Lucia Amalia Seeley). Estelle was born in Texas. Thomas was the son of George Collins and Mary Hudspeth. Lucia was the daughter of David S. Seeley and Sarah Louise Gray.