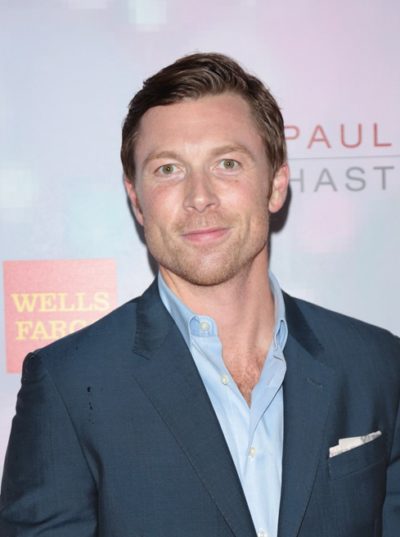 Sam Daly is an American actor. He is the son of actors Tim Daly and Amy Van Nostrand. His aunt is actress Tyne Daly, and his cousin is actress Kathryne Dora Brown, who is Tyne’s daughter. He is married to Marissa Bataille, with whom he has one child.

Sam’s paternal grandfather was James Daly, an actor (born James Firman Daly, the son of Percifer Charles “Percey” Daly and Dorothy Ethelbert Hogan). James was born in Wisconsin. Percifer was the son of John Daly, whose parents were Irish, and of Elizabeth Nancy Smith. Dorothy was the daughter of John Francis Hogan, whose parents were Irish, from County Tipperary, and of Martha Ellen “Mattie” Jones.

Sam’s maternal grandfather was Albert Douglas Van Nostrand (the son of Leroy/Roy Van Nostrand and Madeline/Madalene/Madaline Farrington Haff). Albert was a professor of English at Brown, specializing in American literature, literary criticism, and functional writing. Leroy was the son of Ezra Van Nostrand and Lena. Madeline was the daughter of Albert D. Haff and Josephine Farrington.

Sources: Genealogy of Sam Daly (focusing on his father’s side) – https://www.geni.com