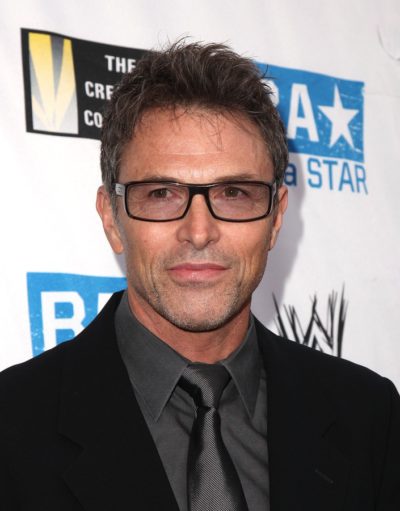 Daly in 2010, photo by DFree/www.bigstockphoto.com

Ethnicity: Irish, along with English, Scottish, and German

Tim Daly is an American actor and producer. He is the son of Hope Newell (Mary Hope Newell) and James Daly (James Firman Daly), both actors, and the brother of actress Tyne Daly. He has two children, including actor Sam Daly, with his former wife, actress Amy Van Nostrand. His niece is actress Kathryne Dora Brown, who is Tyne’s daughter.

Tim’s paternal grandmother was Dorothy Ethelbert Hogan (the daughter of John Francis Hogan and Martha Ellen “Mattie” Jones). Dorothy was born in Wisconsin. John was born in New Jersey, to Irish parents, Matthew/Mathew Hogan/Hogen and Ellen Tyne, who were from County Tipperary. Martha was the daughter of Ruse Jones and Rosana McGyn.

Tim’s maternal grandfather was John Pierce Newell (the son of Charles Henry Newell and Ida Mae Pierce). John was born in Florida. Charles was the son of Stephen Newell and Mary Susan Vinton. Ida was the daughter of John Nicholson Pierce and Emma Curtis.

Genealogy of Tim Daly (focusing on his father’s side) – https://www.geni.com