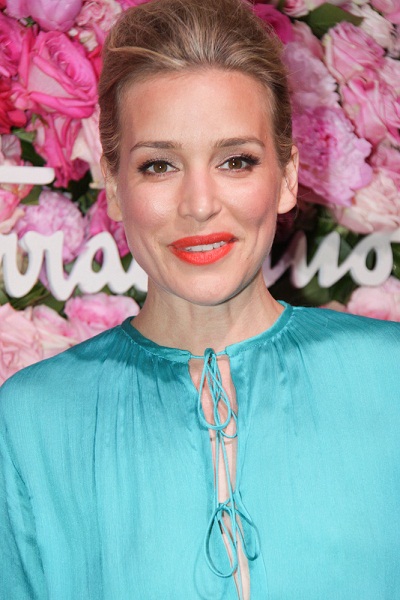 Piper Perabo is an American actress. Her roles include Coyote Ugly, Cheaper by the Dozen, Angel Has Fallen, and Covert Affairs, among other films and series.

Piper is the daughter of Mary and George Perabo. Her father is of German, and some Irish and English, descent. Her mother is of Norwegian descent. Her brother is actor Noah Perabo. She was named after actress Piper Laurie.

There are frequent statements in biographies of Piper Perabo that Perabo is a Portuguese surname, and/or that Piper Perabo’s father is of Portuguese ancestry. Piper herself has re-iterated these statements.

Piper’s great-grandmother Edna was American-born, born in Missouri, and was the daughter of William Hammerstein and Mary Louisa/Lou Kleissle.

Piper’s maternal grandmother was Charlotte O. Mattson (the daughter of Edward “Ed” Mattson and Elisa/Lisa Lovold/Louvauld). Charlotte was born in Minnesota. Edward and Elisa were both Norwegian immigrants.

Sources: A discussion of the Perabo family origins – http://www.perabo.info