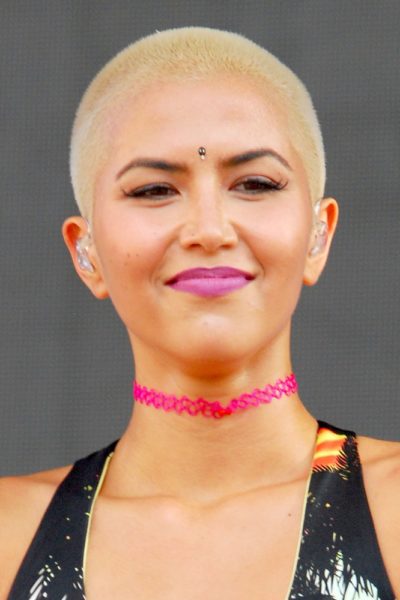 Paula Van Oppen is an American singer and actress. She was a member of girl group G.R.L., whose members also include or have included Simone Battle, Lauren Bennett, Emmalyn Estrada, and Natasha Slayton.

Paula is the daughter of Myrna and Frederik Van Oppen. Her father, who is from California, has Dutch, English, and German ancestry. Her mother was born in Manila, Philippines.

Paula’s paternal grandfather was John Ernest Van Oppen (the son of Frederick/Friedrich William/Wilhelm Henry/Heinrich van Oppen and Catharina/Catherina/Catherine Adriana de Lange). John was born in California. Friedrich was born in Germany, the son of Fritz Wilhelm van Oppen, who was Dutch, and of Johanna Margaretha Georgine Bocks. Catharina was born in the Netherlands, the daughter of Jacobus de Lange and Anna Maria Johanna Roukens.

Paula’s paternal grandmother was Rose Marie Carey (the daughter of Joseph Tinsdale Carey and Hattie Marie Egnew). Rose was born in Louisiana, and had English, and some German, ancestry. Joseph was the son of Andrew William Carey and Alice/Alyce Marguerite/Magerite Tisdale. Hattie was the daughter of Sidney Lewis Egnew and Hattie Belle Christy.