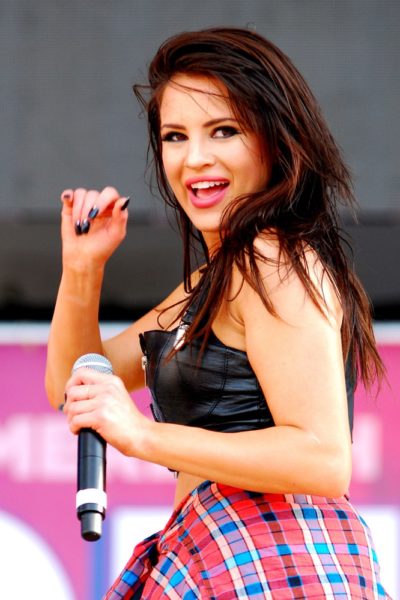 Slayton in 2014, photo by Prphotos

Natasha Slayton is an American actress and singer. She is a member of girl group G.R.L., whose members also include or have included Simone Battle, Lauren Bennett, Emmalyn Estrada, and Paula Van Oppen.